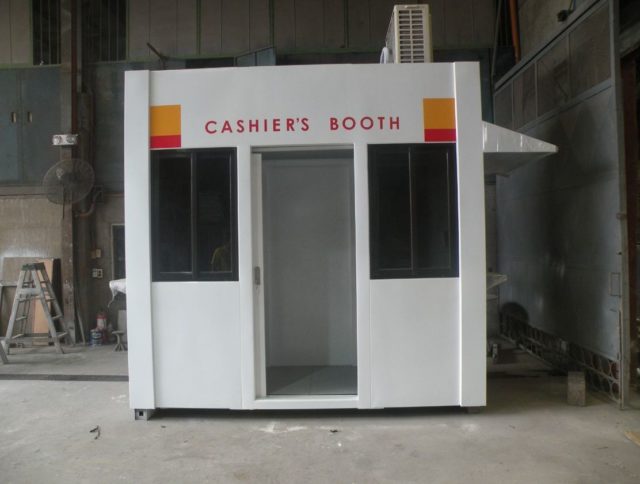 What are the uses of prefabricated booths?

When deciding on the type of custom metal works in the Philippines to use for your upcoming project, it would be useful to know that choosing prefabricated construction components hold a distinct advantage over traditional construction components in terms durability, cost savings, time-efficiency, sustainability, and customization. This is primarily the reason why the uses of prefabricated booths are versatile as well.

As its name suggests, prefabricated booths are made of various components that are fabricated in a different factory to be delivered on-site for assembly alone. These are built using panelized wall systems and welded steel frames and roofs, which are modular in nature. It is the ideal choice for many project owners because the ease of assembly speeds up construction time significantly.

If you plan to get custom metal works, here are some of the uses of prefabricated booths worth checking out. Continue reading on to learn more.

Prefabricated booths can be used as guardhouses. These do not only serve as a shelter for security guards, but they also serve as a place for monitoring all the traffic coming in and out of the community. Security guards can authenticate every passing guest or visitor to do their jobs more efficiently. Prefabricated booths work as an effective crime deterrent by putting off potential trespassers with ill intentions.

Parking booths are one of the most common uses of prefabricated booths. These structures are found either at the entrance or exit of a parking lot. Housing one attendant, these work by letting the customers pay their parking fee while they are inside their car.

Prefabricated parking booths are a great solution for shopping malls, restaurants, hospitals, parks, hotels, and other commercial establishments that need to monitor traffic and collect revenue from parking services. With a provision for a sliding window, the attendant or cashier can easily interact with customers to provide a parking ticket/card and give change.

In addition, prefabricated parking booths can also double-function as valet booths where car keys are stored.

Prefabricated ticket booths function similarly to parking booths as they are used for transactions. These are often used in concert facilities, amusement parks, sports facilities, and even movie houses. Here, customers simply buy a ticket to gain admission to the movie, rides, sport event, or concert. 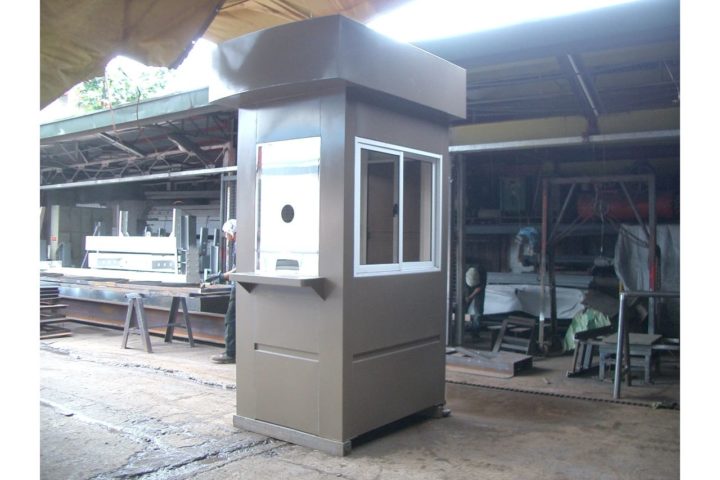 Prefabricated booths are also used for toll booths in expressways and major highways. These provide an efficient way of collecting entry fees from drivers. These can be set up individually to collect revenue at a single access point, however, in most cases, multiple toll booths are set up with spaces in between them to accommodate more vehicles at a single time.

Given that prefabricated toll booths are used for transactions they are typically equipped with boom barriers to control access through a passage point.

Similar to ticket booths, gas station booths have a transactional function. Prefabricated gas booths are typically placed in the middle of the gas station to provide centralized access to gas attendants who need to process change and receipts of customers.

Because gas stations hold plenty of cash, prefabricated booths in the facility can be equipped with security shutters. These shutters can come in the form of a dark tinted glass pane or blinds that completely close in the case of criminal threats or when the booth is unoccupied.

Prefabricated booths can be used as observation towers to provide a 360-degree view of the vicinity. These are ideal specialized structures used to monitor anything from amusement parks, private property, manufacturing plants, air landing strips, or even military locations.

Prefabricated screening booths are seen to be highly functional following the onset of the COVID-19 pandemic. These booths can be used for contactless temperature checking stations, which can mitigate the spread of the coronavirus. Furthermore, prefabricated screening booths can be used for carrying out COVID-19 testing. With a large plexiglass window barrier and a glove port, it allows for safe testing of potentially infected individuals.

Looking for a prefabricated booth manufacturer? As the leading company for custom metal works in the Philippines, Astron Metal Works can meet all your prefabrication needs. We can provide you with the finest custom metal fabrication solutions today. If you want to inquire about our services, click here! 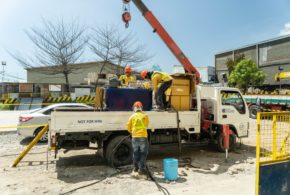 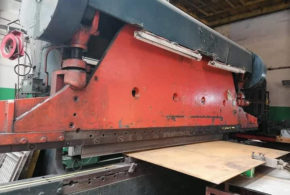 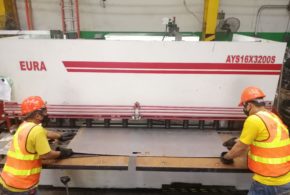 Uses of CNC Cutting Services In The Philippines

What are the uses of CNC cutting services in the Philippines?   Construction materials Food production items Metal furniture  Gas station fixtures CNC cutting refers to the metal fabrication procedure that involves using computer numerical control routers with the advantage of versatility and flexibility being derived from automation. The computerized routers are adept in cutting […] 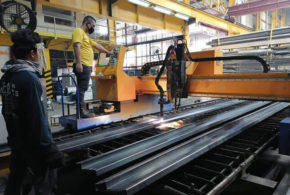 What are the uses of sheet metal fabrication? Construction  Petroleum Industrial Industries Sheet metal refers to metal formed into thin sheets, typically by hammering or rolling. It is highly durable and able to maintain its structural integrity, making it easy to work as it can be bent, stamped, cut, dished, and punched. Sheet metal fabrication […]